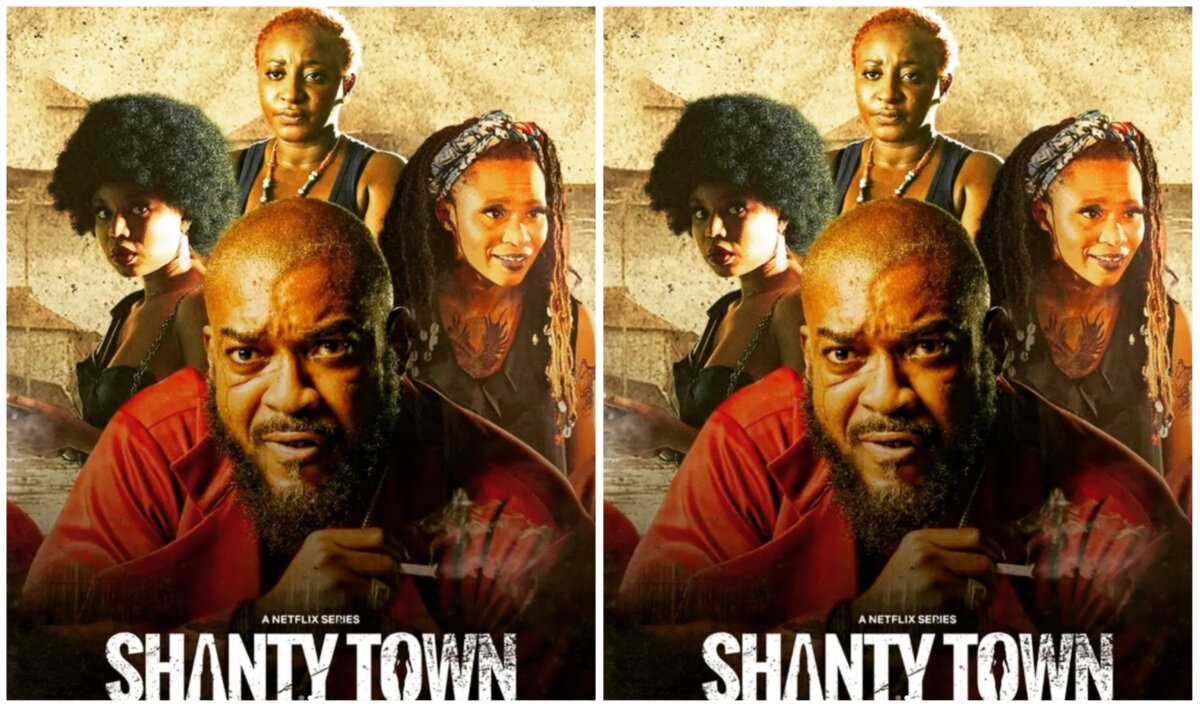 Shanty Town, the newly released 6-episode Nigerian series on Netflix has been trending since its release hours ago, but really is it worth your time? Let’s find out!

The violent series basically revolves around an undercover detective on a revenge mission, who infiltrates a crime ring and uncovers damning information on their activities and associates.

Of course, Nollywood today in terms of production has set a standard and we weren’t disappointed with Shanty Town as regards production, sounds, cinematography, props, stunts, and delivery.

And the acting? It was awesome seeing Chidi Mokeme who played the villain Scar, on-screen again after so long. He delivered brilliantly. As a matter of fact, all the characters did justice to their roles. Nse Ikpe Etim is a movie god, she deserves her flowers. Shaffy Bello also owned the two scenes she featured in, and powerfully delivered her presence, we expected nothing less from RMD and then, Psquare’s Peter Okoye was really sweet and charming.

Oh, how we absolutely loved the conversations of Ini Edo and Nse Ikpe Etim in Ibibio, was so amusing to watch; the movie explored a healthy exploration of Nigerian indigenous languages and that’s a win.

But you see, Shanty Town tried to be many things; somewhere in the plot, we could recognize a King of Boys story, the female sex workers under the leadership of a tyrannical handler like in Avenger’s Black widow, and then the infamous Omo ghetto the saga fight ending. All the many things made it too exhausting to watch.

It was unnecessarily long and the storyline was lazy and not fascinating, had no gradual progression. If not that we had to watch till the end to review it, would have stopped watching from episode 3. By the time it ended, it felt rushed and had loose threads, random action sequences, and absurd supernatural elements that have nothing to do with the agenda presented.

There were several unexplained parts and disjoints, like how on earth did it come so easy to burst a ring so powerful as portrayed? How did Jackie send the voice note to Shalewa? How come it didn’t occur to Shalewa all along to return Jackie’s missed calls or noticed the voice note all along if they were truly as close as depicted until Inem mentioned it?

Meanwhile, Nollywood needs to do better than having nudity irrelevantly just to strategically make a buzz about it. Fine, it worked for Anikulapo, it got many talking and had more people going to check out the movie because of the scene but the strategy should end already! The Shalewa nudity scene (even though it is a so-called body double) was totally not needed and added no value to the storyline if you ask us.

That said, from us at Kemi Filani, it is 5/10 for Shanty Town and that is simply for the excellent production, tight acting but poor storyline.