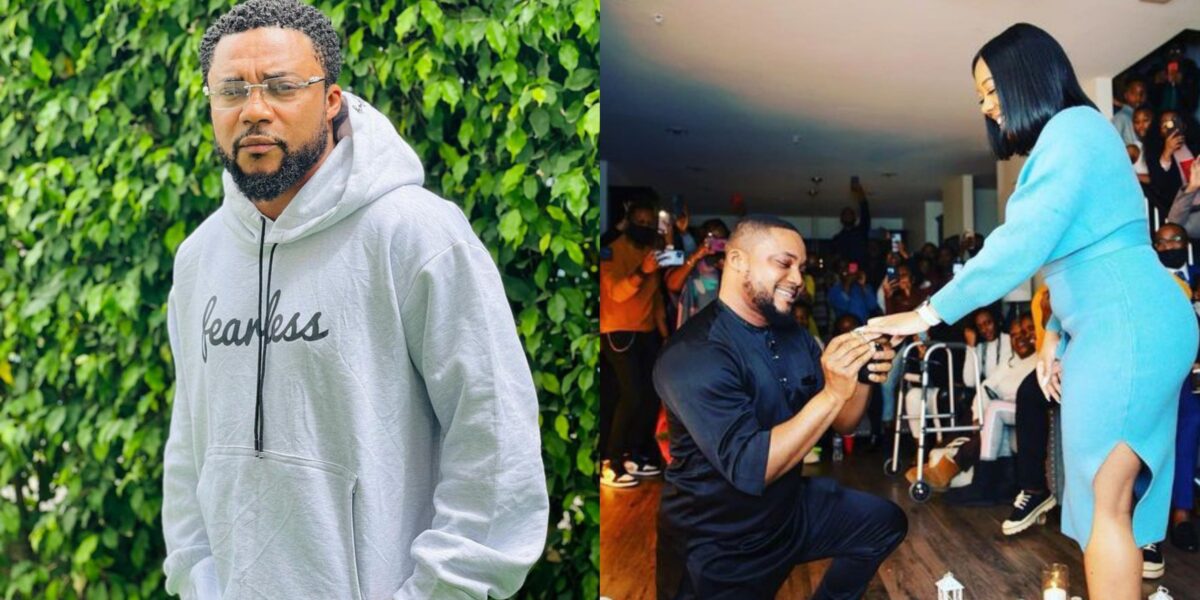 In celebration of his proposal anniversary, Gospel singer, Tim Godfrey has recounted how he felt while proposing to his wife, Erika.

The award-winning singer revealed that he was shaking throughout the proposal as he had a mixture of excitement and nervousness.

Affirming his love for her, he wrote,

“On this day, January 9th 2022… I was just shaking anyhow…. Mixture of excitement and nervousness! I won’t lie o… Kai!! I love you baby, you have made every single day with you, Heaven on earth!

Recall that one money after proposing to his now wife, Tim Godfrey had announced the good news.

This singer shared photos of the proposal on his Instagram page revealing how his fiancee changed his life.

Tim Godfrey expressed appreciation to his fiancee for accepting his proposal and sharing life with her is the best thing that happened to him.

He captioned the photos: “Meeting you changed my life. Meeting you brought unending smiles.
Most importantly, meeting you was and is my GREATEST REWARD from GOD.
Thank you for saying YES!!!

I can’t imagine how I have lived without you all my life… but guess what? I would have Waited forever till we cross part. But thank God, this blissful and Heaven made Journey has started.

After giving my life to Christ…
Sharing life with you is the best thing that has happened to me.No measure of time with you will be enough, But let’s start with forever . “EKJ” You are my STILL WATERS!!!

On the 23rd of April, the lovebirds tied the knot at a beautiful wedding ceremony held in Culpeper, VA, United States.

The singer had shared photos from the wedding ceremony and we are here for the it! From the groomsmen outfit, to the bride’s long train, the kisses, the event hall, the lovey dovey moments, the Godfreys’ wowed us with their wedding.

Showing him support, gospel artistes, Phil Thompson, Todd Dulaney and Dee Jones were in attendance as they doubled as Tim’s groom men.

Tim Godfrey has observed his traditional wedding rites in Nigeria

In June, the couple had their traditional wedding, which Tim announced on social media.

The singer’s traditional wedding took place at an intimate ceremony at an undisclosed location in Nigeria. His friend and music colleague, Timi Dakolo serenaded them with his beautiful songs during the ceremony.