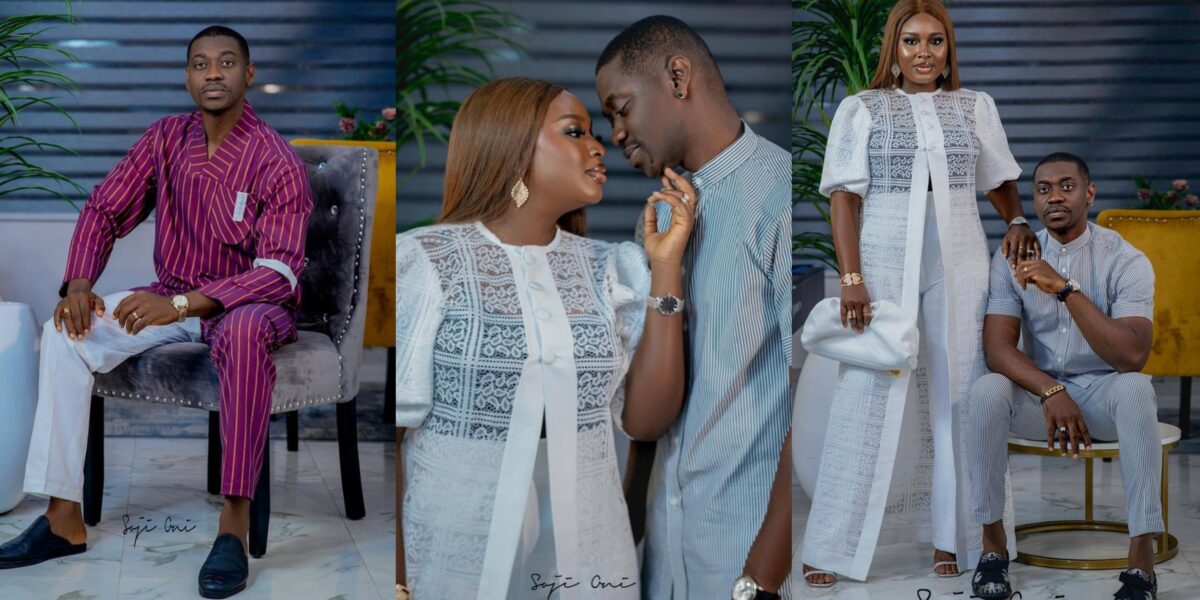 Nollywood actor and producer, Lateef Adedimeji has opened up on him and his wife, Mo Bimpe’s love story.

The comic actor stated that he had vowed in his heart, never to marry an actress until he met his wife. According to him, doing the same work with his woman, was not his plans. However, things changed when he met his wife, Mo Bimpe.

Lateef revealed that they had known each other for a long time and were friends. He disclosed that they met on the set of her second production.

For the couple, the movie ‘Ige’ was the turning point for them as things started happening.

Lateef also hinted that their different religion was a problem, as Lateef is a staunch Muslim while Mo Bimpe is a Christian.

Lateef Adedimeji reveals how he enjoys his marriage

Months back, Adedimeji Lateef had left many gushing as he revealed how he enjoys his marriage by making his actress wife, Mo Bimpe, happy all the time.

Lateef Adedimeji made this revelation on his Instagram page, where he shared a jolly video of himself and his wife, Adebimpe, otherwise known as Mo Bimpe.

The video captured Lateef Adedimeji making funny faces while his wife, Mo Bimpe, heartily laughed at his ways of making her smile.

Sharing the video online, Lateef Adedimeji disclosed that he was vibing with his wife and loves making her smile.

He wrote: “Vibes with OBIM, Love making her Smile Abi it’s not good?”.

The beautiful couple got married on the 22nd of December, 2021.

Taking to Instagram, Lateef made several lifetime promises to his wife as he reaffirms his love for her.

“What more can I ask for, in you alone I found a friend, my play mate, my praying partner, love, care, strength, aproko partner, fight buddy, number 1 critic, my hype woman, my peace, I can go on and on. May the grace and mercy of the Almighty never depart from us. I love you baby and I gat you always Obim. Ade Omo Ade Aya Ade”.

Mo Bimpe on her part credited her husband for changing her life.

She stated that from the moment Lateef entered her life, he started making it better in ways that she never knew anyone could.

Mo Bimpe added that her husband is the only man she wants to accompany for the rest of her life.

“This day 6 months ago, I married my best friend, it was such a beautiful Wednesday, the best Wednesday of my life, the very best day of my life. ADE, From the first moment you entered my life, you started making it better in ways that I never knew anyone could. Happy 6 months anniversary to the only man that I want to accompany me for the rest of my life. Today is just the beginning of a blissful and happy married life ahead! I love you so much”.