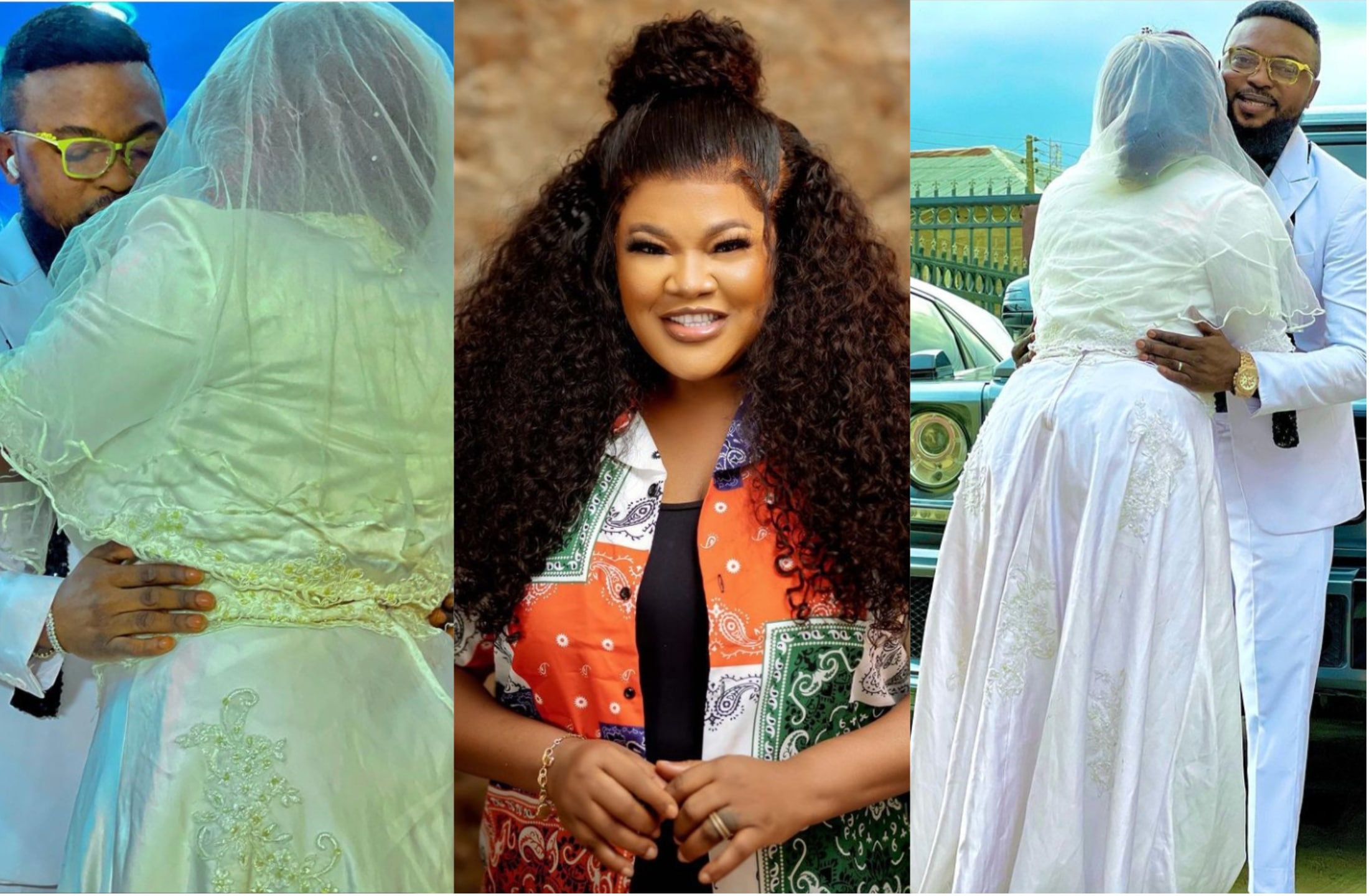 Nollywood actress, Toyin Abraham has opened up on her pregnancy loss.

The light-skinned actress, who was believed to be pregnant early this year, has confirmed that she was indeed pregnant. However, the baby didn’t survive as she lost the child.

Toyin revealed that she cried following the loss as she wanted to have one or two kids and he done.

She also spoke about how she was body shamed after getting bloated from the loss.

“When the time is right, the pregnancy will stay.

I plan to have more.kids. u was actually pregnant but I lost it.

I cried because I wanted to have one more or two kids and am done.

Things happened and I was bloated and many body shamed me but am used to it as an actress”.

Recall that in April, some fans had expressed concern for Toyin Abraham over her appearance at the movie premiere of her colleague Femi Adebayo.

On Sunday 4th, April 2022, Femi Adebayo premiered his movie titled ‘King Of Thieves’, and many Nollywood stars and fans came out to support him.

However, Toyin Abraham surprised her fans with her outfit for the movie premiere, as they had expected a costume that would represent her character in the movie.

Apart from her outfit, Toyin Abraham, in the video shared by Goldmyne TV, was also feeling unease which stirred mixed reactions from fans.

Kemi Filani news recalls months back that a pregnant woman had called out Toyin Abraham for allegedly snatching her husband.

The actress is married to her colleague, Kolawole Ajeyemi, who she has a child for.

The pregnant woman has alleged that Toyin snatched her now-husband from her.

In a video which went viral, the woman claimed to had gotten pregnant for Kolawole four years ago before he ditched her for the actress.

She stated that she has been unable to deliver the actor’s child, and has been carrying the pregnancy for four years.

After consulting spiritual helps, she was told that until Kolawole returns, she wouldn’t be able to deliver the child.

She called on Toyin Abraham’s fans to help her beg the actress to leave her husband alone.

However, in a surprising twist, the lady in another video posted on Instagram apologized to Toyin Abraham and her husband, saying that the video was merely a prank and that the accusation is false.

Reacting to the apology, Toyin posted a screenshot of her conversation with Ariyo where the latter thanked Toyin for forgiving her.

“Wow thank you so much for accepting my apology. God will continue to bless you and your family. it’s just a way to survive that’s why I used you for the concept because all over the world you are adorable loving, and cherished by millions of people. Your glory stars will forever shine and God sees my heart that I really love you in person you are a good example to the world about your family so much love ma.”

Responding to the message, Toyin replied with love emojis.