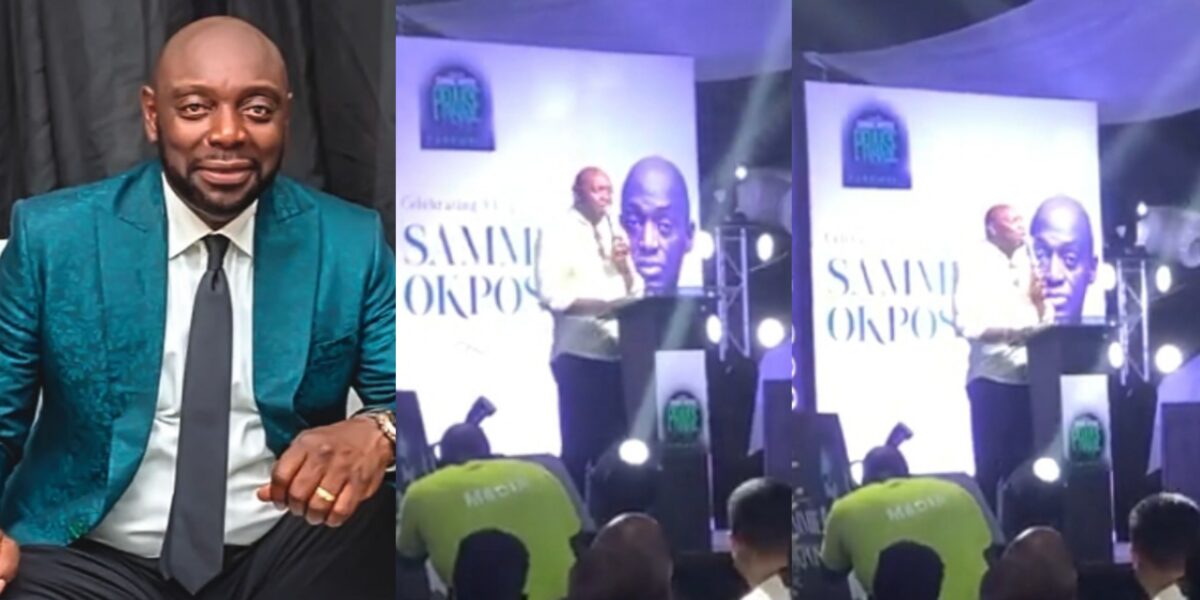 While speaking about the deceased at his night of tribute which held on Tuesday night, he recounted his memorable encounter with the singer. Segun Arinze stated that there was never a boring moment with Sammie.

Speaking highly of him, he described Sammie as a Phoenix, who rises from the Ashes. According to him, Sammie was always rising from the ashes like a Phoenix.

“There was never a boring moment with Sammie. I have seen Sammie rise like a Phoenix. Rise from the ashes like a Phoenix, time and time again”.

Sharing a video of their last moment together in the United States a month ago, actor Richard Mofe Damijo disclosed that they spent two weeks together fellowshipping as Men.

According to Richard Mofe Damijo, they drank, dined, and made plans for the new year.

“This was exactly a month ago in the US. We spent 2 weeks together and fellowshipped as men. Ate, drank, and teased.

Toks would drive you to me and we would spend the entire day together. Made plans for the new year.

Yet here I’m struggling and looking for words to capture our relationship. Sam Okpoooo as only I can call you, this was not the plan o.”

Lamenting on the rude shock and praying for the family that Sammie Okposo left behind, Richard Mofe Damijo wrote “My Prayers are with your family as you Rest in power, peace and praise.”

Apostle Suleman reacts to the death of Sammie Okposo

Also, clergyman, Apostle Suleiman had reacted to the singer’s death.

Chiding his colleagues for not sticking with him during his trying times, the Pastor queried them for now posting his photos to celebrate him now that he is no more.

“Now they post his pictures but never reached out to him in his trying times…he told me what pastors did to him and we both wept, Love has left the church. We have more lawyers who are ready to judge than intercessors ready to restore. Rest in power my brother, you conquered!” Apostle Suleman of Omega power ministry wrote.