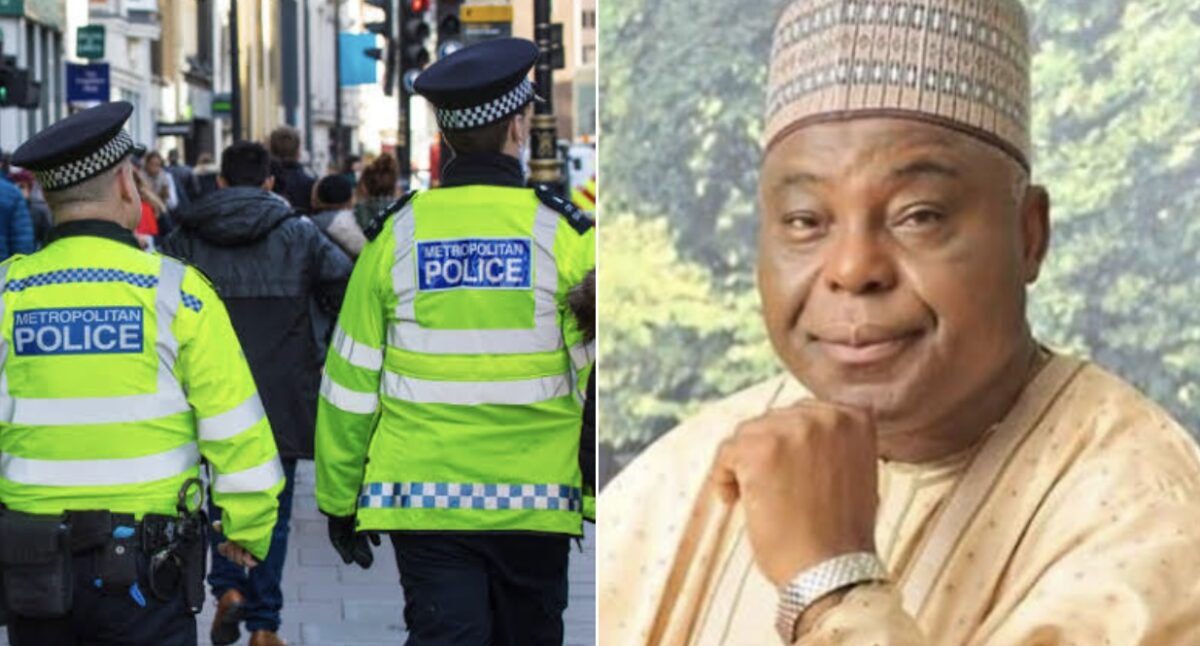 The founder of DAAR Communications Limited, owners of AIT TV and Raypower radio, Chief Raymond Dokpesi has been arrested by the Police in the United Kingdom.

Dokpesi was reportedly arrested at Heathrow Airport in London on Sunday morning, January 8, 2023.

According to Whistler, Dokpesi was arrested on arrival at Heathrow Airport. He had boarded a Lufthansa Flight LH916 from Frankfurt to London and was subsequently picked up at Terminal 2 of Heathrow Airport.

“We were on a flight from Frankfurt to London and as we are about to arrive London, we were informed that we should all stay on our seat when the aircraft lands and that the Police wanted to do something.

We were informed that there will be a police operation. So when we landed, the police came in and ask who is Raymond Dokpesi and they now took him away,” a source who witnessed the arrest said.

Although, it’s unclear why he was arrested, Per Second News reports that he was booked into a HMP correctional center in the London Borough on Sunday afternoon.

He will make an initial court appearance on Monday morning, January 9, the report added.

It was gathered that when he appears in court, the first hearing would involve a judge deciding whether Dokpesi has adequate legal representation and scheduling additional court dates, including an arraignment.

An initial appearance could pave the way for authorities to release the probable cause affidavit, the document authorities used to justify Dokpesi’s arrest and obtain a warrant, which has so far been sealed.