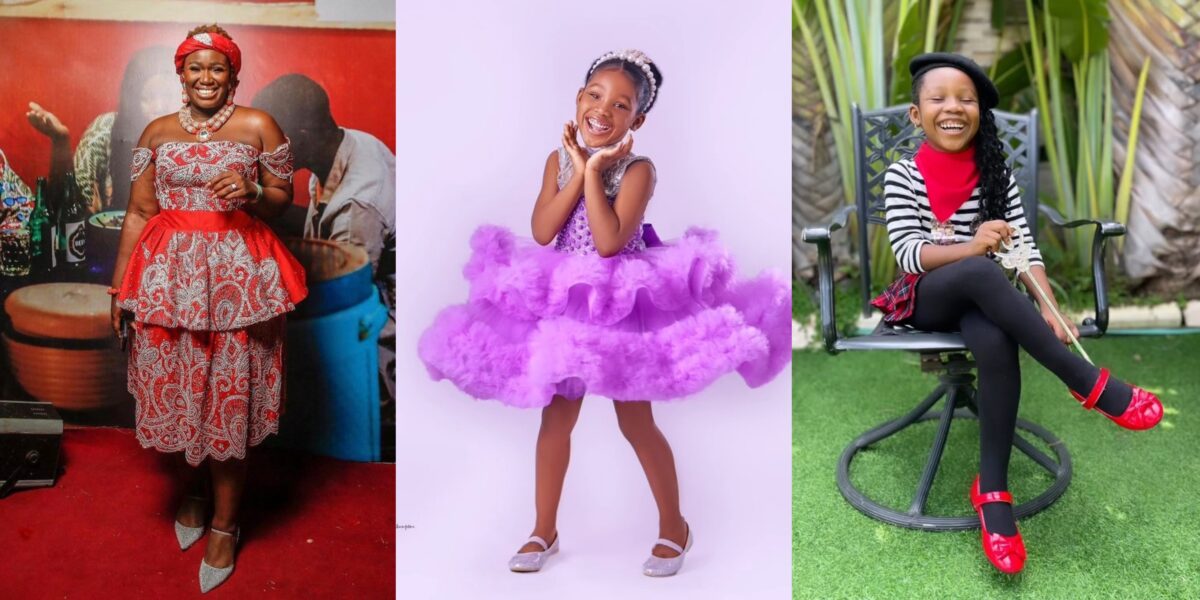 Comedian, Anita Asuoha better known as Warri Pikin has taken to her Instagram page to celebrate her daughter, Chidera as she turns 6 today, December 14th.

The mother of two shared a video collage of her daughter over the years, as she reminisced on her birth.

Raining prayers on her, she wrote,

“I vividly remember this day 6 years ago, I had my princess Chidera. Dear God, THANK YOU!! Chidera Michelle Oyin-miebi Asuoha, you shall be great in your lifetime. As your Mother I bless you with all the good things of life, I love you forever. HAPPY BIRTHDAY Chichi”.

The birthday celebration is coming days after her husband and the father of her kids proposed to her again.

Warri Pikin is getting married again

Basebaba news reported that the comedian was getting married again.

Following in the footstep of Mary Njoku, Warri Pikin had announced that she would be getting re-married in April, 2023.

Announcing the good news on Instagram, Warri Pikin revealed that she and her husband plans to have their dream wedding.

However, she would first have her dream engagement.

“It’s official we are getting married again! This time the way we have always wanted it. First of all let’s finally have my Dream engagement (DIAMOND). We are coming. APRIL 2023 Anticipate”.

Warri Pikin shared beautiful moments from the proposal, as they began their journey to their fairytale wedding.

In the video, Ikechukwu could be seen on bended knees as he proposed to his wife.

Warri Pikin, who was quite elated, accepted to be his wife again.

She said yes to his proposal as the loverbirds kissed and hugged.