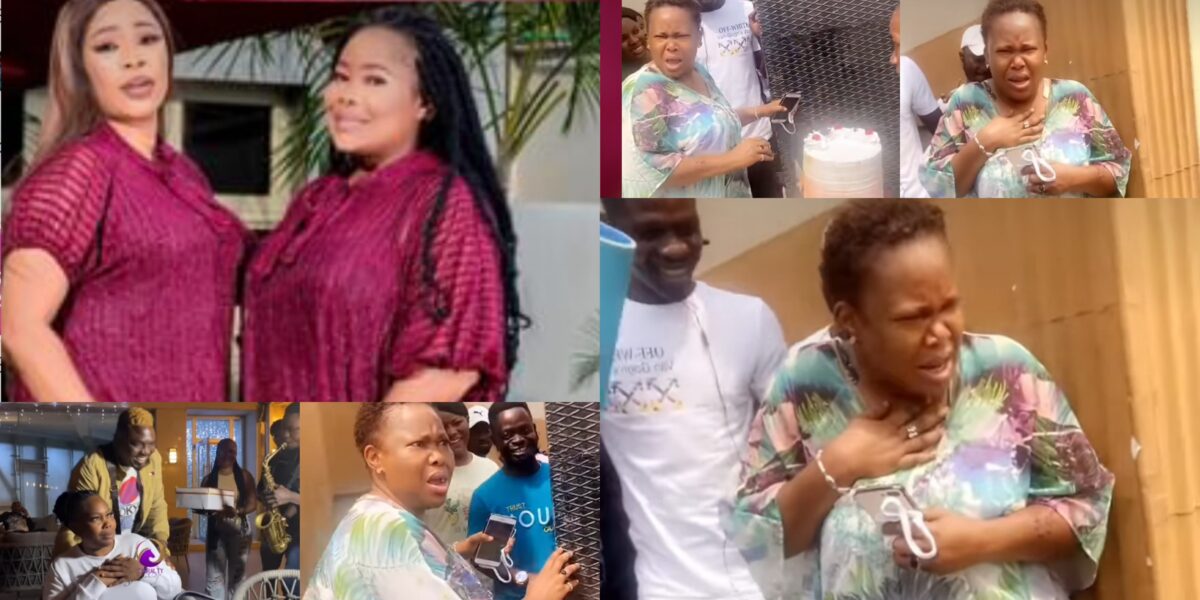 In the past three years, actress Kemi Korede has proven on several occasions how much she loves and adores her senior colleague, Toyin Alausa.

From her grand birthday gestures, to celebrating the thespian’s littlest achievement, Kemi Korede has always come through for Toyin.

Acknowledging her love for her, Toyin Alausa penned an appreciation post to Kemi Korede for always being there for her. She noted how it’s been three years in a role, Kemi Korede has been surprising her on her birthdays.

Raining prayers on her, she urged her fans to appreciate Kemi on her behalf.

“Please Fams and lovers help me bombard @iamkemikorede with Appreciation and Prayers. I’m utterly amazed at her affection towards me, not only on my birthdays but at Evey given opportunity. Abeniade The Almighty God we serve will continue to Bless you and cause you to prosper. May you never taste sorrow in your life. Amen.

I love you too babes @iamkemikorede. She personally pulled 2 alone and helped to pull 1 with @emiraltyafrica as an accomplice. From 2021 – 2023″.

This isn’t the first time, Kemi Korede has gone all out for her colleagues.

Recall that Kemi Korede brought her colleague, Bisola Badmus to tears as she surprised her in grand style on her birthday.

The babymama of Fuji singer, Kwam1, turned a new age on, December 4th, was treated to a grand surprise by Korede.

To mark her day, Kemi Korede surprised her at her house with cakes, money bouquet and lots of gifts.

Bisola, who was taken aback with her sweet gesture broke down in tears

Sharing the video online, Kemi revealed that she was reciprocating the love, Bisola gave to her during her birthday in July.

Pouring sweet words on her, she expressed her gratitude to her for her efforts towards her.

Raining prayers on her, Kemi affirmed her love for her as she vowed to never forget her.

Adunni may all you lay your hands upon begin to prosper..you will never feed from hand to mouth. I wish you more money in good health and more wealth… looking forward to more beautiful years with you with loads of greatness my darling…have a memorable birthday babes.

Thank you so much my dearest sister ONLY ONE @royalhugssurprises for coming through”.